When it comes to birds, there may be more than just avian flu to be worried about. It has been suggested that there are over 60 other diseases that birds and their droppings can carry. The problem is especially worrisome in residential areas, as many of them are airborne and can be transferred to humans just by being around droppings.

Chicken farms can be fairly easily secured. With a combination of visual scare devices, sonic distress call emitters, ultrasonic disrupters and roost inhibitors other birds shouldn’t be a problem. If farmers just took this preventative action it could help contain the bird flu outbreak a good deal.

Examples of transmissible bird diseases associated with pigeons, geese, starling and house sparrows:
Histoplasmosis is a respiratory disease that may be fatal. It results from a fungus growing in dried bird droppings.
Psittacosis (parrot fever) is a rare disease that mainly affects parrots and parrot-like birds such as cockatiels, but can also affect other birds, such as pigeons. When bird droppings dry and become airborne people can inhale the fungus and become sick. In humans, symptoms include; dry cough, fever, headache, muscle ache, chills and sometimes pneumonia. Symptoms usually develop 7-14 days after exposure. Those at greatest risk include bird owners, pet shop employees, veterinarians and people with compromised immune systems. Psittacosis can be treated and is not transmitted from person to person.
Candidiasis is a yeast or fungus infection spread by pigeons. The disease affects the skin, the mouth, the respiratory system, the intestines and the urogenital tract, especially the vagina. It is a growing problem for women, causing itching, pain and discharge.
Cryptococcosis is caused by yeast found in the intestinal tract of pigeons and starlings. The illness often begins as a pulmonary disease and may later affect the central nervous system. Since attics, cupolas, ledges, schools, offices, warehouses, mills, barns, park buildings, signs, etc. are typical roosting and nesting sites, the fungus is apt to found in these areas.
St. Louis Encephalitis, an inflammation of the nervous system, usually causes drowsiness, headache and fever. It may even result in paralysis, coma or death. St. Louis encephalitis occurs in all age groups, but is especially fatal to persons over age 60. The disease is spread by mosquitoes which have fed on infected house sparrow, pigeons and house finches carrying the Group B virus responsible for St. Louis encephalitis.
Salmonellosis often occurs as “food poisoning” and can be traced to pigeons, starlings and sparrows. The disease bacteria are found in bird droppings; dust from droppings can be sucked through ventilators and air conditioners, contaminating food and cooking surfaces in restaurants, homes and food processing plants.
E.coli. Cattle carry E. coli 0157:H7. When birds peck on cow manure, the E. coli go right through the birds and the bird droppings can land on or in a food or water supply.
Besides being direct carriers of disease, nuisance birds are frequently associated with over 50 kinds of ectoparasites, which can work their way throughout structures to infest and bite humans. About two-thirds of these pests may be detrimental to the general health and well-being of humans and domestic animals. The rest are considered nuisance or incidental pests.

A few examples of ectoparasites include:

Bed bugs (Cimex lectularius) may consume up to five times their own weight in blood drawn from hosts which include humans and some domestic animals. In any extreme condition, victims may become weak and anemic. Pigeons, starlings and house sparrows are known to carry bed bugs.
Chicken mites (Dermanyssus gallinae) are known carriers of encephalitis and may also cause fowl mite dermatitis and acariasis. While they subsist on blood drawn from a variety of birds, they may also attack humans. They have been found on pigeons, starlings and house sparrows.
Yellow mealworms (Tenebrio molitor), perhaps the most common beetle parasites of people in the United States, live in pigeon nests. It is found in grain or grain products, often winding up in breakfast cereals, and may cause intestinal canthariasis and hymenolespiasis.
West Nile Virus while West Nile is technically not transmitted to humans from birds, humans can get infected by the bite of a mosquito who has bitten an infected bird. The obvious lesson is that the fewer birds there are in any given area, the better. This translates into a smaller chance of an infected bird in that area, a smaller chance of a mosquito biting an infected bird and then biting a human. 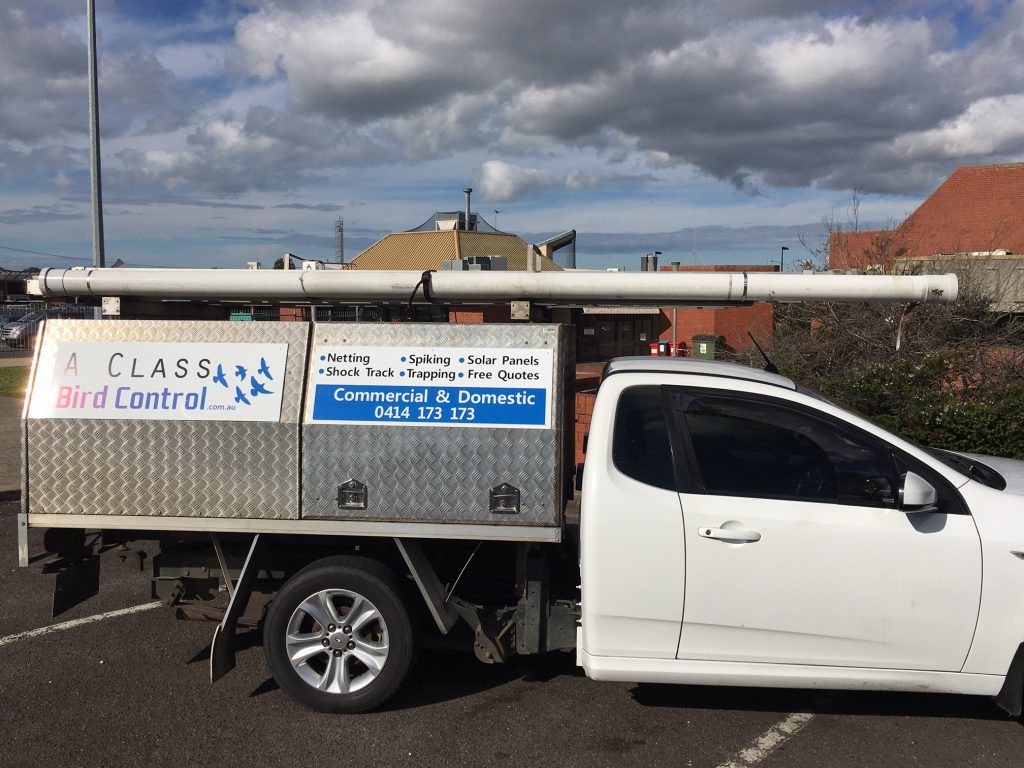