The House or English Sparrow “is a brown, chunky bird, about 5.75 inches long.” Sparrows are commonly found around human-made habitats. “The male has a distinctive black bib, white cheeks, a chestnut mantle around the gray crown, and chestnut-colored feathers on the upper wings. The female and young have plane, dingy-gray breast, a distinct buff eye stripe, and a streaked back.”

The house sparrow can be found in almost every habitat, except for dense forest, desert, and alpine environments. Sparrows’ most common areas to live is human-altered habitats, for example: barns and houses. Livestock pastures and seeds provide plenty of food for sparrows.

Reproduction can occur during any month, but is most common during the months of March through August. “The male usually selects a nest site and controls a territory centered around it. Nests are bulky, roofed affairs, built haphazardly and without good workmanship.” This is a common trait of the weaver finch group of birds. “Sparrows are loosely monogamous.” Both male and female take care of the young, even though the female does most of the brooding. Sparrows lay between 3 to 7 eggs. The eggs will hatch 10 to 14 days after incubation. The young leave the nest after 15 days, however the adults will continue to feed the young for two weeks after leaving the nest. House sparrows are aggressive and social. Sparrows are not a migratory bird. Studies have shown that non-breeding adult and juveniles will only move in a 5 mile radius of its original nest; in search of new territories and feeding areas. “Mortality is the highest during the first year of life. The sparrow’s success in the wild depends on its ability to adapt to new habitats, especially those that are made by humans.

House sparrows feed on grains in fields and in storage. Because they feed in large numbers in small areas, their damage is considerable. “Because sparrows live in such close association with humans, they are a factor in the dissemination of diseases (chlamydiosis, cocidiosis, erysipeloid, Newcastle’s, parathypoid, pullorum, salmonellosis, transmissile gastroeneteritis, tuberculosis, various encphalitis viruses, vibriosis, and yersinosis), internal parasites (acariasis, taeniasis, schistosomiasis, toxoplosmosis, and trichomoniasis), and household pests (bed bugs, carpet beetles, clothes moths, fleas, lice, mites, and ticks.” Fecal contamination of grain storage facilities causes serious monetary damage as well as health risks and pest problems. “House sparrow droppings and feathers create janitorial problems as well as hazardous, unsanitary, and odoriferous situations inside and outside of buildings and sidewalks under roosting areas. Sparrows can cause structural damage by pecking at rigid foam insulation inside of buildings. “The bulky, flammable nests of house sparrows are a potential fire hazard.” House sparrows compete with native American birds for favored nesting sites.

Eliminate any possible areas that could be used to secure a nest or could be a roosting area. 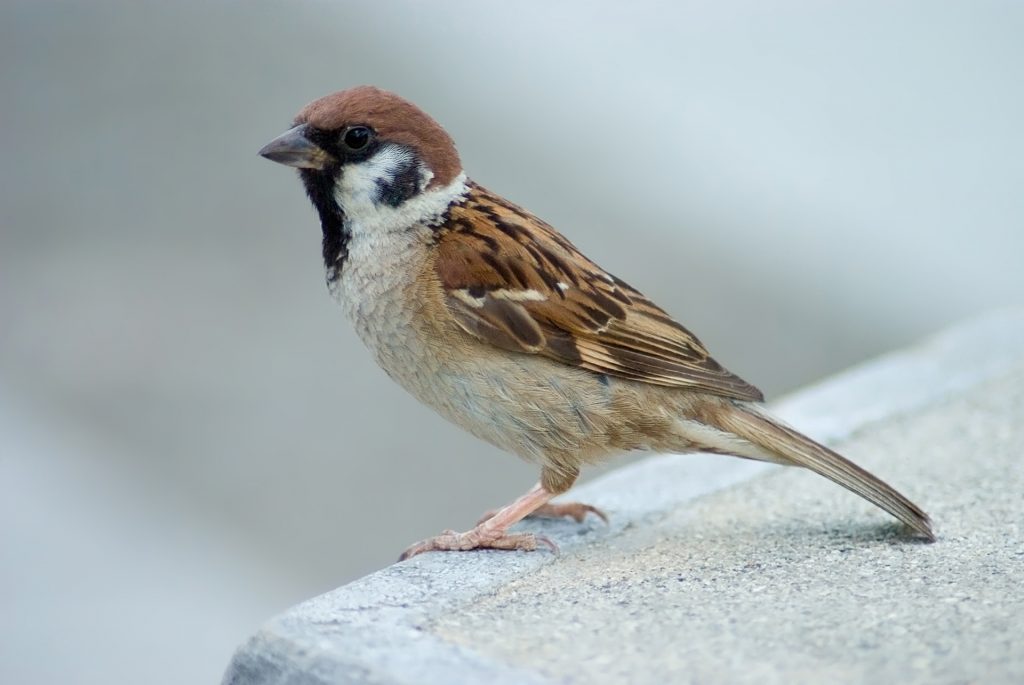